I've just added a field of view control to the software I've been making. 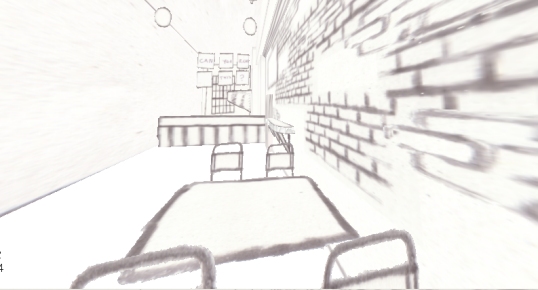 I've noticed that background objects can be a bit too small and distant when using 3d models to make scenery in drawings. when  composing images on paper you naturally change the scale of things to give prominence to what is important in the scene. I realised that this was an issue I could solve by adding a field of view control. The practical upshot of this is that I can increase the size of distant objects in a scene while leaving foreground objects relatively unchanged. In this case I wanted the  text on the signs above the counter to be legible. if I had just zoomed in on the sign the chairs in the foreground would have gone off the edge of the image. so I have more compositional control while still using 3d models for rock solid perspective. Its  similar to lens options photographers and film makers have. 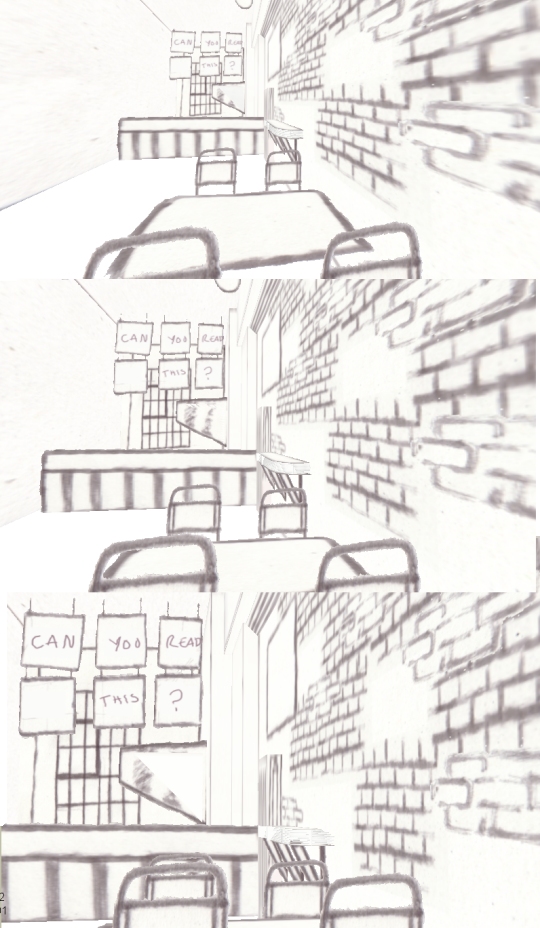