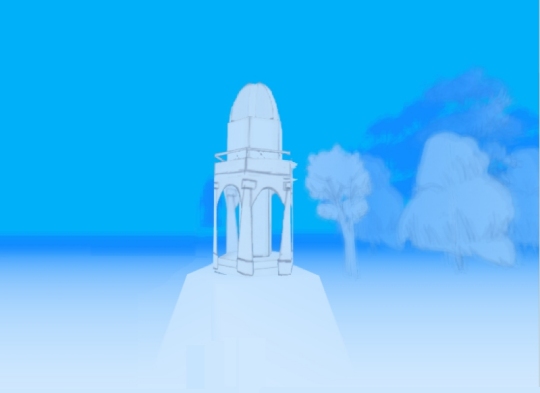 This experiment with fog and blur made me think I was on the right track for a method of creating the backgrounds in my comics. You can see how it has a feeling of depth and space.

Here it is again without the fog and blur. Now the clutter and detail in the trees gives them equal prominance to the folly in the forground. 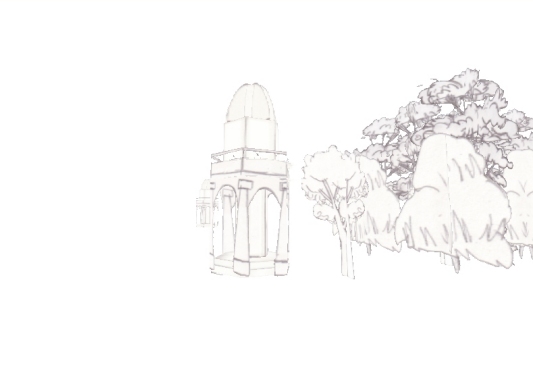 Really the background in comics isn't so important. with animation the movement of the characters helps them standout against the scenery. But in comics the characters can get lost in their surroundings. you want to know where the characters are but mostly your eyes go from speech bubble to facial expression and on to the next speech bubble. This article compares western comics with manga and explains how in manga the speech bubbles are placed so the eye is more easily able to flow from speech bubbles to faces. I think with comics you spend most time reading the text and very little looking a the images I think you only take in the pictures as your eyes move to the next speech bubble. There is interesting research tracking eye movements as people watch films. Mostly people look at the mouth and eyes of the person talking. I haven't seen any research tracking eyes of people reading comics but I would like to do some. 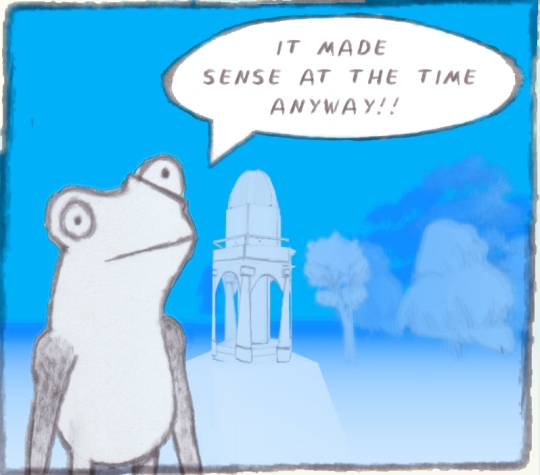